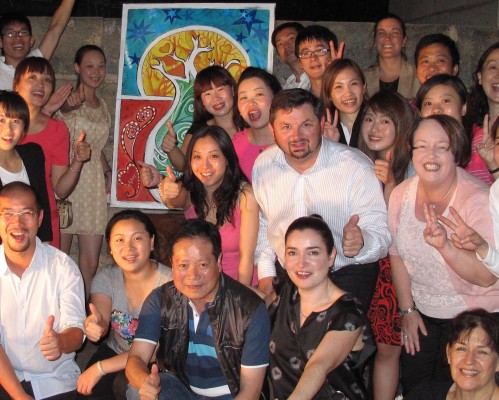 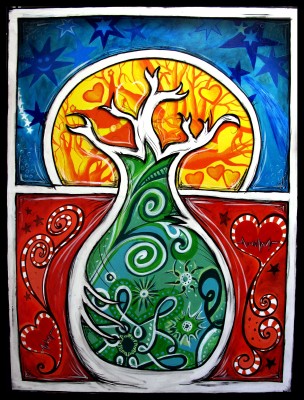 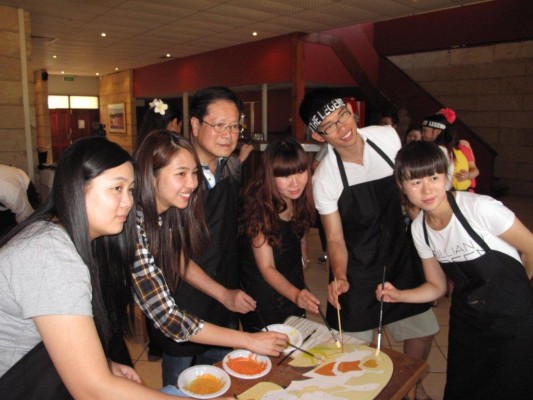 “Inspired by Beauty” was created by the high achievers from Rio Tinto’s largest diamond reseller; Chow Tai Fook.  Every year Rio Tinto brings the highest achievers to Kununurra to see the diamond mines.  The Mind Gallery have had the privilege of working with them for the past two years.

The overall artwork was inspired by the beauty of the land that produces the Argyle Diamond Range.  This can be seen in the boab tree, the red earth, sun and blue sky.

The artwork from was presented as a gift to the CEO of Chow Tai Fook who said that they could not have given him anything better, and has requested one every year.

Chow Tai Fook is the world’s biggest jeweler, as ranked by its $15 billion market value, has the bulk of its vast retail network in mainland China.

Do you want to achieve these results with your team?

Be Inspired so you can Inspire